A Bird’s Eye View of the Forest: Lasers, Drones and the Changing Landscape of Forests Around the World. 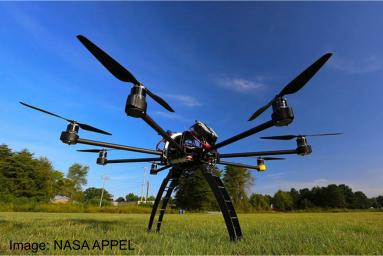 Humans Are Devastating the World’s Forests:

Deforestation is devastating the world’s forests. It has reduced the forested area of the earth by almost 80% and shows little sign of slowing down: the damage it has caused is unprecedented, gravely serious and unequivocally caused by humans.

Why does this matter? Forests are home to over 200 million people around the world, with another 1.4 billion relying directly on forest goods for their survival. As well, as much as 80% of the world’s terrestrial biodiversity reside in forests. Deforestation is therefore a serious threat with the potential to deprive both humans and animals alike of their homes and means of survival.

Not all is lost however. Global ecosystems are incredibly resilient and show a phenomenal ability to recover. This recovery can only be helped when we understand the true extent of the damage being done. Though this has proved difficult, serious progress is being made, and British scientists are part of global teams inventing new techniques to better track and monitor deforestation.

Why is monitoring deforestation just so difficult? The problem is one of scale. Forests are huge, made up of billions of trees, and monitoring individuals in a huge forest is not enough to build up a proper picture of the changes that are occurring. Proper assessment of the impact of human activity requires consideration of the whole forest, and is necessary to effectively combat environmental destruction.

Individual trees as seen from a laser scanner point cloud

But how do you monitor changes to such large areas of land? Areas that often span thousands of square miles. Though there is not one single answer, there is one very recent technological development that promises to revolutionise the way we look at forests. One that takes inspiration from the world of physics.

Look to the Sky:

The technology is called airborne remote sensing. It involves lasers. And drones. And on occasion, satellites. And the resulting data it produces can be used to paint a picture of the forest below: a picture so detailed, that even individual trees can be distinguished.

This incredible technology, though new, has already found many practical applications: the Royal Society for the Protection of Birds is using it to monitor the recovery of heavily degraded forest in tropical reserves it manages in Sierra Leone and Sumatra. It has also been used to identify illegal logging operations and apprehend those responsible . Even NASA has got involved. Using satellites instead of drones, they were able to map every single tree on earth. Their results? There are a lot more trees than we previously thought: about 3 trillion to be precise. 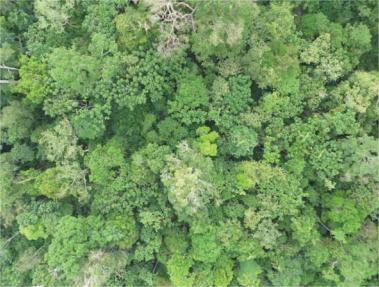 Airborne remote sensing is dramatically altering the way in which we build up pictures of how ecosystems change around us. But it is not doing this alone. Refinements to numerous other technologies, from ultrasonics to GPS, are also aiding us to better understand how ecosystems around us are changing, whether that be from deforestation, climate change or something else.

And a final question remains: will it be enough? Is better understanding the extent of deforestation all that is needed to combat deforestation? Can the issue simply be solved with technology? Or does science need to step into the sphere of policy and politics to better protect these fragile ecosystems from destruction?

By Charlie Whittaker, John Innes Centre; based on work by Dr David Coomes and the Forest Ecology and Conservation Group, University of Cambridge.

The Forest Ecology and Conservation Group at the University of Cambridge

Information about the work NASA are doing to monitor forests globally.

The role drones are playing in hunting illegal logging operations.

On how the RSPB are utilising drones and laser based technology to monitor tropical forests.

Information about new technologies being employed and their limitations.