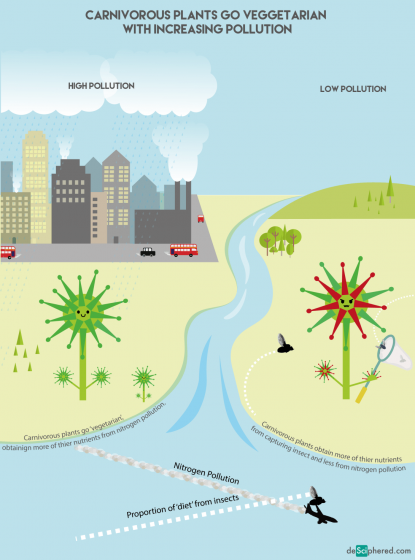 Carnivorous plants are famous for their ability to capture and digest prey. This is predominantly insects, but can also include birds, rodents and frogs (and humans if you’ve seen the little shop of horrors!). The prey provides the plant with valuable nutrients, such as nitrogen, that are often lacking in the low nutrient ecosystems they live in.

Nitrogen pollution is produced by farms, vehicles, waste treatment and other heavy industries. Once in the atmosphere it can be precipitated out onto the boggy low nutrient habitats where the carnivorous plants are growing.

Image and text by George Foot, PhD student at the British Antarctic Survey and the University of Cambridge