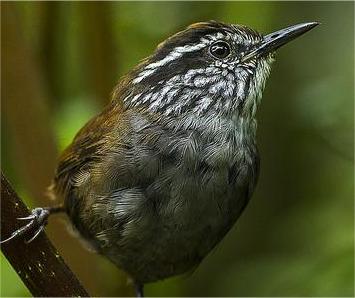 How can we feed the planet without destroying precious biodiversity? Researchers, farmers and conservationists around the world are putting their minds to the problem.

This Project Starter is designed for people planning EPQs, Advanced Higher Investigations, and other independent research projects. It’s based on the work of Prof Andrew Balmford, University of Cambridge. 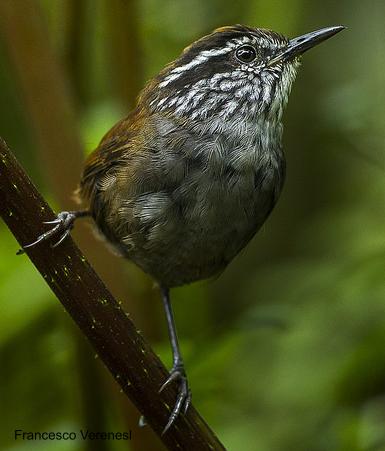 The Munchique wood-wren – is it a winner or loser under land-sharing models of farming?

“Farming is the basis of our civilization yet is more damaging to wild nature than any other sector of human activity.”1 So begins an article by three of the UK’s leading conservationists.

Our planet’s human population is growing – predicted to be 9 billion by the middle of this century – and growing richer. And as a country’s income rises, its people spend more on food – first on increasing their calorie consumption, and then, as they get richer, eating more meat and more dairy. Delicious, and much needed maybe, but all this additional food production has a major impact on biodiversity.

Some species do better in farmed environments than in wild ones. Others – the majority – do much better in wild environments. It’s not surprising that many trees, for example, are much happier in a forest than in a farmer’s field. So are many of the birds that live among them.

At the moment, conservation generally promotes an approach known as ‘land sharing’ – ‘wildlife-friendly’ farms that have a slightly lower yield, but which offer space for nature. This seems like a logical approach – but does it stand up to scientific scrutiny?

Some conservation researchers are arguing that we need to look at a different approach.

To return to our researchers, “”We propose that in order to limit [farming] impact into the future, conservation researchers and practitioners need to address several big topics—about the scale of future demand, about which crops and livestock to study, about whether low-yield or high-yield farming has the potential to be least harmful to nature, about the environmental performance of new and existing farming methods, and about the measures needed to enable promising approaches and techniques to deliver on their potential. Tackling these issues requires conservationists to explore the many consequences that decisions about agriculture have beyond the farm, to think broadly and imaginatively about the scale and scope of what is required to halt biodiversity loss, and to be brave enough to test and when necessary support counterintuitive measures.”2

Sharing or sparing? This article from the University of Cambridge looks at how we can balance the needs of endangered species and food production.

Putting a value on what nature does for us Can we put a concrete price tag on the value of an ecosystem? This article explores how scientists from Universities and conservation organisations had a go.

Greedy Planet This podcast investigates the issues behind food security, including interviews with scientists

If biodiversity is your thing, you could carry out your own investigation comparing the species richness of different environments.

Take a look at the Opal biodiversity survey to get some ideas.