How much of the world’s food goes uneaten? A fifth? A quarter?

The Institute of Mechanical Engineers estimate that between a third and half (or 1.2-2bn tonnes) of food produced around the world never makes it on to a plate.

If that sounds like a big fat problem to you, you’ll be glad to know that scientists around the world are working on it big time. Focus a student research project on this topic, and you could be priming yourself to contribute to their work in the future. 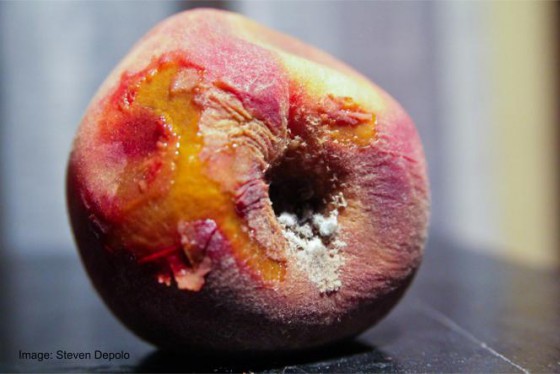 Making sure that food reaches the consumer is both big business and an environmental issue.

Every piece of food has an environmental impact, and the fertilisers and energy used to produce it are wasted if it is thrown away uneaten.

So how do we keep fresh fruits and vegetables in just the right condition, from harvest to the supermarket shelf, especially if kept a long time in storage? How much water do they lose; why do they lose it – and how can we minimise these losses?

Research in the UK by WRAP suggests that behaviours around the use of packaging in home could be making a significant contribution to this. Examples include removing food from packaging after purchase but before storage (where the packaging is designed to keep the food fresher for longer) and not making use of packaging functionality (such as re-closing packs to prevent dehydration in the fridge).  For more about how we could be unwittingly causing food waste, see ‘Consumer Attitudes to Food Waste and Food Packaging’, below.

Much of the mechanical support required by fleshy parts of a plant is provided by the turgid state of the cells within. The parenchyma tissue which forms the bulk of the flesh of a fruit or vegetable is characterised by the presence of thin-walled cells, packed together in such a way that their walls press upon one another, providing a stiffness to the tissue as a whole. A wilted (or shrivelled) fruit or vegetable is usually the result of a loss of turgidity of the tissues, as a consequence of excessive water loss during storage. 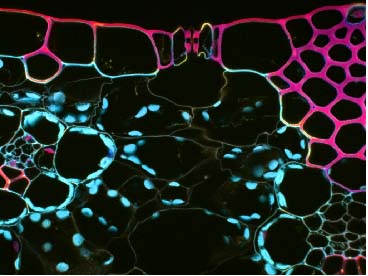 Upper part of a maize leaf under a confocal microscope. Spot the guard cells around the stomata.

The normal turgid state of the plant cells is the result of osmosis. This involves the movement of water by diffusion into the cell, from a region of higher water potential outside the cell to the vacuole of the cell, which has a lower water potential. The increasing volume of liquid in the vacuole causes it to expand and press the cell contents harder against the cell wall (wall pressure). Eventually a point is reached when the cell wall cannot stretch any more, and at this stage there will be no further net uptake of water by osmosis – a balance is reached in which the wall pressure offsets further osmotic inflow of water.

The lower the water potential of a plant cell vacuole (i.e. the greater the concentration of the solutes dissolved in it), the greater the osmotic force which causes water to be drawn in, and the greater the wall pressure that develops. Some materials, such as starch, are relatively insoluble and consequently have little effect on water potential. But when starch is broken down to glucose, which is soluble, the water potential is affected. As part of the process of ripening, there is often a dramatic change in starch reserves as it is mobilised to form glucose.

Another change that affects the water relations of ripening fruit and vegetable cells, is the modification (and weakening?) of cell walls as result of enzyme attack by pectin-dissolving enzymes such as polygalacturonase.

There’s plenty to read on this topic. Here are a few ideas to get you started. 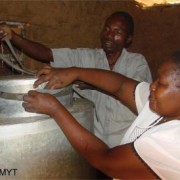 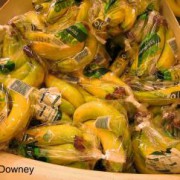 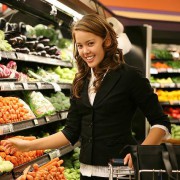 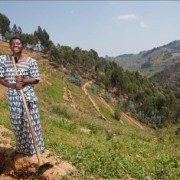 Antimicrobials – you test the claims