The raspberry destroying an ecosystem 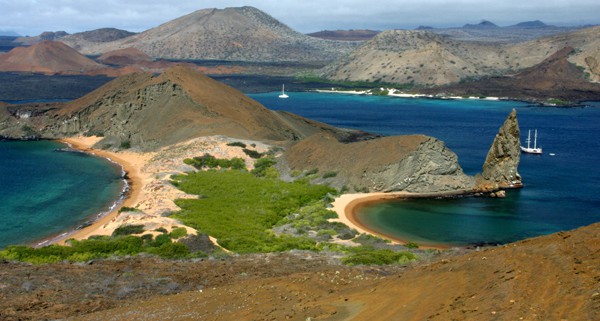 How the species we introduce destroy fragile ecosystems – and what biologists can do about it.

The settlers brought their cats and dogs, their pigs and other livestock. They brought the seeds for the crops that would one day feed them. Arriving on the volcanic islands of the Galapagos, 1,000km off the coast of Equador, they tried to surround themselves with familiar animals and plants.

No-one thought that household cats left to fend for themselves would turn to hunting endemic marine iguanas… No-one considered that feral pigs could one day feast on the eggs of giant tortoises… And certainly no-one suspected that a raspberry would become one of the leading threats to biodiversity in this unique environment. 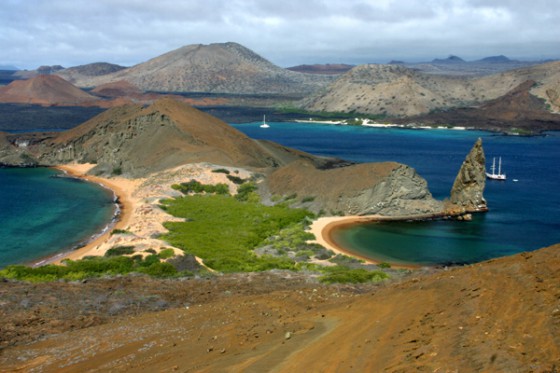 The Galapagos Archipelago is a collection of 13 main islands and more than 100 volcanic islets located in the Pacific Ocean. Galapagos inspired Charles Darwin’s momentous Theory of Evolution by Natural Selection, and is a haven for marine wildlife, including the famous giant tortoises.

For over 400 years, people have been visiting the islands and multiple attempts at setting up permanent colonies have failed. In the 20th century, new technology and a re-kindled frontier spirit amongst Europeans and South Americans led people back to the Galapagos Islands, this time to set up colonies that would stay. With them they brought crop species, livestock and pets, introducing these alien species to an isolated ecosystem.

The Rise of Mora

So how did a raspberry become a major cause of habitat loss?

Himalayan hill raspberry (Rubus niveus), or ‘mora’ as it is known locally, is one of five species of raspberry found across several of the Galapagos Islands that are having a significant negative impact on a range of vulnerable ecosystems.

Mora grows into dense, thorny thickets that can reach up to 4.5 metres in height, more than two twice the height of an adult. As it grows, it becomes more and more impenetrable, starving any other species of plant of light and nutrients and becoming an impassable obstacle for ground-based organisms.

Each plant is capable of producing thousands of seeds each year (Rendería, Atkinson, Guerrero & Mader, 2006). These seeds can then be dispersed over long distances by the organisms that have feasted on the sweet berries including birds, humans and even giant tortoises. Once seeds have been dispersed to a suitable patch of soil, approximately 80% of seeds will germinate (Landázuri, 2010).

Incredibly, within just six months of germinating, mora plants are able to produce fruit and the cycle of seed dispersal continues. 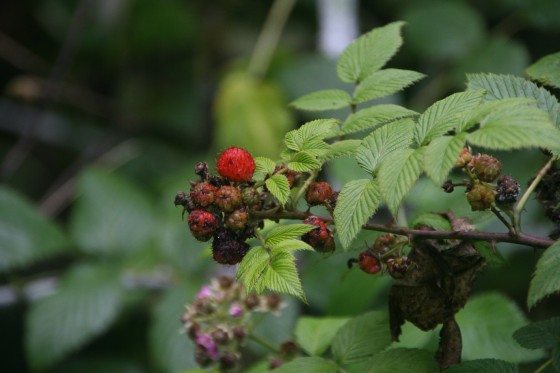 Rapid growth and a remarkable ability to spread seeds makes tackling mora a marathon rather than a sprint. There are a variety of ways to combat the growth of mora in Galapagos, but each has its drawbacks.

Removing mora by hand, also known as mechanical management, has a number of drawbacks. Given the rapid growth of the thickets and the restrictions on heavy machinery in the protected national park zone, wellington boots and machetes are often the go-to management strategy. Unfortunately, hacking away at the brambles is not enough to effectively deal with the alien plants: it needs to be removed at the roots and disposed of carefully.

We can also try to remove mora by swapping our machetes for barrels of herbicide. Like cutting the mora down, spreading the herbicide is hard work and will take a number of people to cover an invaded and overgrown area. There are various ‘flavours’ of herbicide that have been shown to be effective in managing mora, such as those containing picloram and 2,4-D. However, introducing chemicals into fragile ecosystems can also have negative impacts. 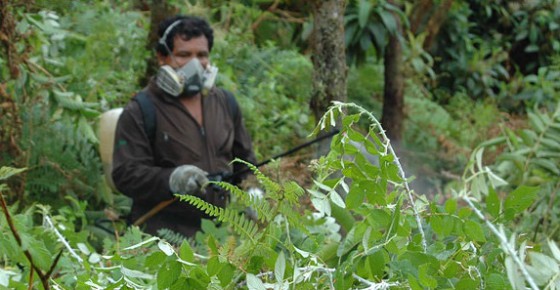 If chemicals have drawbacks, what about biological controls to fight the invasive mora? Biological management would involve introducing another species to the ecosystem, perhaps one that feeds on mora or otherwise predates upon it. A good example of how this works in practice is when the Australian ladybug (Rodalia cardinalis) was introduced to the Galapagos ecosystem in order to manage the population of invasive cottony cushion scale (Icerya purchasi), another Australian native that was threatening over 60 endemic and native plant species on the Islands.

It took over six years of research to assess whether it would be safe to release the Australian ladybug, and to date the introduction of this species has not negatively impacted native and endemic species. The potential for using fungal pathogens to control mora is currently being explored and researched. However, until there is scientific evidence to inform a decision, it is unlikely that a biological control method will be feasible for use in Galapagos.

The Galapagos Islands are a microcosm with lessons for the world. Biologists are on the frontline of conservation for the Islands, and there are a multitude of ways that your project can explore novel methods of protecting the species plant-life of Galapagos. You can also look at ways that invasive plant species may be affecting other conservation areas, perhaps an area near you!

Here are some questions to think about that could help you to form a great project:

Researchers are frequently finding previously-undiscovered endemic species across Galapagos. You can search through the Charles Darwin Foundation’s Datazone archive to find out more.

You can learn more about the impact of invasive species across Galapagos in the animation below:

For further information about Galapagos and the work of the Galapagos Conservation Trust, please visit:

Taking the ‘genetic brakes’ off wheat