Socotra – the weirdest island on earth 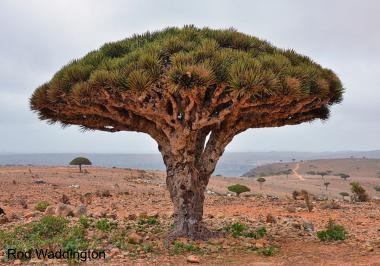 About 400 kilometres south of the Arabian Peninsula lies an group of islands like no other.

Looking somewhat alien, it plays host to over 700 species of plant found nowhere else on the planet, leaving it only slightly behind Hawaii, the Galapagos islands and New Caledonia. Remarkably, it is less than half the size of even the latter coming in at 3,796 km2. Indeed, this isolated island possesses the most unique collection of plants on Earth per square metre. 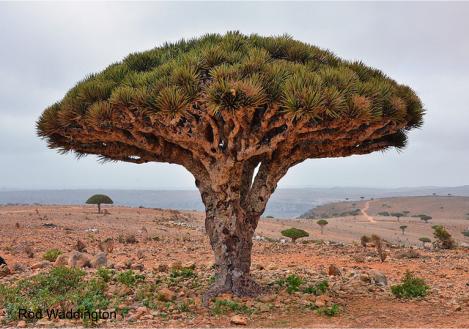 Highlights of its distinctive flora include the ‘Dragon’s blood’ tree, which takes its name from its deep crimson sap. Today  it is used for any number of things, from a ‘cure-all’ medicine by the islands inhabitants, to dying wool and varnishing violins.

Then there’s the Dorstenia gigas, which could be described as a somewhat disfigured elephant leg. It is the largest Dorstenia species in the world, and a large part of what makes this unique landscape seem so extra-terrestrial.

Part of the islands’ charm lies in their mystery, their isolated nature means they have been relatively poorly studied, and, despite their obvious ecological uniqueness, they were only listed as a UNESCO world heritage site in 2008. 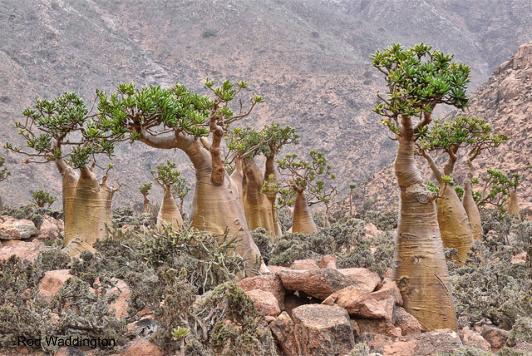 The bottle tree is endemic to the island of Socotra. it’s the only member of the cucumber family (Cucurbitaceae) to grow as a tree.

The islands’ isolation and unique environment has perhaps helped preserve its natural identity, having been abandoned as a Portuguese naval base in 1511 and by UK forces in 1834 after it was deemed unsuitable as a coaling station for ships headed to India.

Socotra is a world unique unto itself in almost every way and, if sustainably managed and conserved,  may yet yield new medicines and countless other useful chemicals. This alien world might one day bring us some benefits a little closer to home…

By Toby McMaster, University of Cambridge

Size matters… when you’re a leaf