Every day millions of us hop into their cars and drive off to work, school, or the shops. This has become such a routine part of our lifestyle that few of us stop to think about what we’re using to power those trips, except when the prices hike or, as we’ve seen recently, drop. Most of us realise that, despite the trumpeted new sources of oil in the Arctic, our petrol habit is highly unsustainable. Wouldn’t it be nice if we could keep our cars and buses running, but on a renewable form of energy?

Some of this has already come to fruition, with cars in the US being driven on up to 15% ethanol derived from corn stalks. This is even more successful in Brazil, where thanks to cars with “flexifuel” engines, drivers are able to fill up with either pure ethanol, or an ethanol/petrol blend depending on the price on a specific day. What a success!

Yet this too comes with downside, most notably the appropriation of food (often in the form of maize) for biofuels. While this might not be so obvious to those living in the Western world, sheltered from changing food prices thanks to a wall of subsidies and favourable trade policies, the increasing demand for biofuels has succeeded in driving up the price of such staple grain, seriously hurting net-importing countries. In 2008, riots broke out across the world, from Mexico and Morocco in part due to a sudden, sharp rise in grain prices, partially due to increased demand for biofuel materials in the US and other more developed nations. 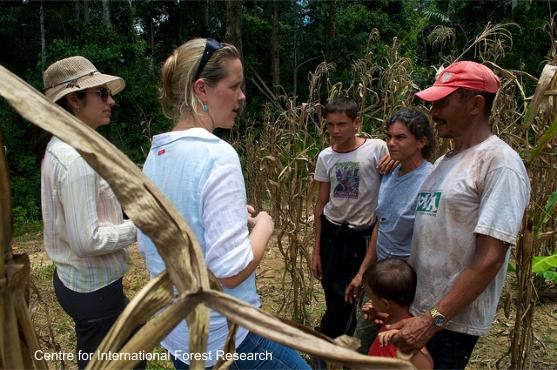 Will this family’s crop go for food or fuel? Smallholder farmers in the Amazon talk to researchers from the Centre for International Forestry Research.

Here we are at an impasse—how to both wean ourselves off of unsustainable fossil fuels while ensuring that such biofuel production does not impinge on food production? The answer may lie in technologies still in the development stage, where biofuel is instead derived from agricultural waste and marginal lands. These lignocellulosic biofuels aim to extract sugars from the tough, indigestible material left behind after harvest or extraction of traditional ethanol. By breeding varieties with more easily digestible cell walls, it’s hoped that the extraction of sugar from this material will become not only easier by financially feasible.

Plant cell walls are made up of a host of different components, whose interactions serve to increase the recalcitrance, or toughness, of the wall. This makes it hard for enzymes to digest, which is a benefit when protecting from pests and diseases but hinders exploitation of the sugars. Recent research has focused on modifying the structure and components of the cell wall, thus allowing enzymes better access to break it down. Such research has shown recent success, with variations in hemicellulose structure (a key component linking cellulose fibers in the wall) resulting in increased digestibility and sugar release. 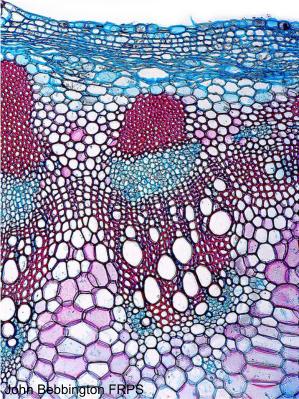 A transverse section of a sunflower stem, showing the development of secondary thickening.

Considering the vast amounts of agricultural waste that are currently either left to rot, or burnt for electricity, a process that could convert this into useful biofuel and other high-value products has the potential to significantly contribute to the fuel consumption. It might seem a bit like Rumplestiltskin asking for straw to be spun into gold, but lignocellulosic biofuels are rapidly becoming more feasible.

Here’s hoping that funding bodies and industry giants continue to invest in this exciting alternative to fossil fuels.

Can the UK grow its own fuels?