Thar She Blows: of Saharan Dust and Marine Productivity 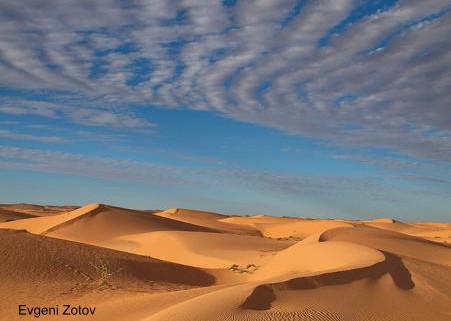 The Sahara Desert is not something you would usually associate with abundant life and vibrant algal blooms. It is one of the most arid and inhospitable areas in the world, representing the largest subtropical hot desert on the planet. And at well over 9,400,000 square kilometres- i.e. about the size of the United States, it is perhaps one of the most inhospitable areas globally. To say that it is unwelcoming to life is an understatement of epic proportions. 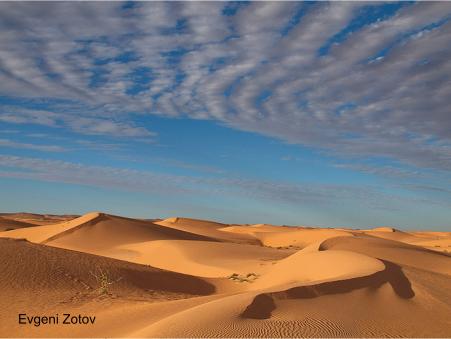 However, the desert is in fact one of the cornerstones of continued survival of one of the most abundant groups of organisms on the planet: the phytoplankton. This vast swathe of barren land is actually responsible for a dazzlingly complex and diverse ecosystem albeit thousands of miles away.

Tiny flecks of sand, red in colour due to the abundance of the element iron, are picked up the winds floating across the sand dunes, and in turn, carried thousands of miles westwards on the air currents. These tiny grains of iron rich sand then land in the ocean off the West coast of Africa, where they are responsible for sustaining a astounding array of life. Though individually insignificant and of little relevance, the sheer scale of their deposition makes them a globally relevant input- it is estimated that something in the region of 1015g/year get deposited courtesy of these Saharan winds Westwards. That’s 1012kg, or 1 billion tonnes!

But why all the fuss about iron though? Iron represents a fundamental micronutrient required as a cofactor for the enzymes of a ubiquitous number of different phytoplankton, from cyanobacteria to coccolithophores and diatoms to dizaotrophs. In particular, iron acts as an essential constituent of the enzyme nitrogenase, responsible for the fixation of atmospheric nitrogen. The photosynthetic organisms present in this group are globally significant in terms of the fixation of carbon dioxide from the atmosphere. These so called “forests of the ocean” contribute as much to the control of CO2 levels as tropical rainforests.

Given their dependence on iron then, there has been considerable interest in the concept of “iron seeding” the oceans as a means of generating blooms of these photosynthetic organisms. Such a sudden population rise would lead to increased CO2 drawdown and may have the potential to mitigate, at least in part, some of the consequences of continual anthropogenic mediated CO2 release into the atmosphere. Efforts doing this are still in progress but who would have thought the Sahara Desert, byword for desolate, bleak and lifeless, may have acted as the inspiration for one of the most ambitious biogeoengineering projects currently underway.

By Charlie Whittaker, University of Cambridge