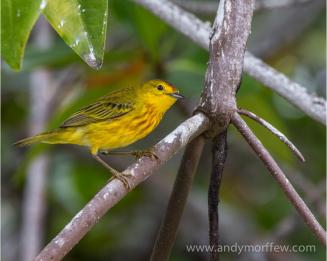 If Eden has a modern parallel, then arguably it is the Galapagos Islands. Famed worldwide for its diverse habitat (over 40% of its wildlife is unique to the islands), it’s the place that inspired Darwin to put forward his theory of evolution. Whilst it may be populated with giant tortoises and finches galore, the plant species occupying the islands are no less bizarre or exotic.

The islands have 3 major zones of vegetation: coastal, arid, and humid. The coastal zone, where a high salt tolerance is key, is populated by mangroves. Four mangrove species populate the Galapagos and, whilst none are the sole preserve of the island, they serve as an important nursery area for both commercial fish species and sharks.

The arid zone is the most extensive and the vegetative backbone consists of Palo Santo (Bursera graveolens), whose colloquial name translates as ‘Holy Wood’, and six native species of Opuntia cacti.

The humid zone, however, is where the floral variety of the islands really shows. The humid zone can be sub-divided into three further zones: the Scalesia zone, the Miconia zone, and the pampa zone.

The Scalesia zone is dominated by forests, consisting primarily of the species Scalesia pedunculata. Members of the Scalesia genus are closely related to daisies, whilst not all found in humid zone (some in arid zone), all are endemic to the islands. Indeed, such is their variety that they are often seen as the floral equivalent of Darwin’s finches. The Miconia zone is principally low lying shrub land and is home to plants of the genus Miconia, as well as the vast majority of Galapagos liverworts. The Miconia once dominated this zone, but the introduction of cattle has since caused it to become endangered through grazing. Finally, the pampa zone is dominated by ferns and grasses, including the Galapagos Tree fern which can reach upward of 3m. It is also the wettest zone of the islands and can receive up to 2.5 m of rain annually.

The backdrop set and the mood established, the situation today can be examined. The Galapagos may be full unique species giving it an exotic sense of wonder, but all is not well on the islands. Foreign flora have become invasive and threaten to disrupt the ecological status quo of the island. There is the quinine plant, introduced in the 1940’s for agricultural purposes, that dominates the Scalesia and Miconia zones of some islands. To add to the damage, it also alters the habitat structure and species composition widening its impact on the islands native species.

Guava is also a problem, whilst there is one species of guava native to the islands (Psidium galapageium), it is the foreign Common guava (Psidiun guajava) that is problematic, out-competing the native guava. Though, in a somewhat ironic turn of events, it is also preferred as a food source by the islands’ famous guardian tortoises.

Perhaps the chief villain of this ecological play is the invasive hill raspberry (Rubus niveus). Introduced in the 1970’s for agricultural purposes, it has quickly become the most widespread invasive plant in the Galapagos. Its seeds can remain dormant for up to 10 years and are dense in the soil hampering control efforts. The plants quick rate of growth and sheer height (it can reach up to 4m) allows it to outcompete native species. It also has indirect effects; growing dense and blocking the migration routes of the Galapagos tortoise.

So what’s being done? 97% of the island is protected inside the Galapagos National Park, and agriculture and foreign species are closely monitored. Quinine plants have successfully been controlled through the targeted application of herbicides to incisions made in the trunk. The mass removal of goats, another species introduced for agriculture, from the island has helped reduce the destruction of native vegetation and a move towards sustainable agriculture and building can only be beneficial to the islands delicate ecosystem.

However, there is still work to be done to control invasive species. There are also environmental threats; more frequent El nino events, associated with increased Global Warming, can damage native species and allow further spread of invasive species. Whilst the Galapagos are still an iconic symbol of the biodiversity of life, with 24% of native plant species considered endangered, one thing is clear: there’s trouble in paradise.

This article is the product of an interview conducted with Pete Haskell, Communications Officer for the Galapagos Conservation Trust (GCT). The GCT is the only UK charity to focus exclusively on conservation and sustainability in the Galapagos Archipelago. For more information visit http://www.savegalapagos.org.

By Nathan Smith, University of Cambridge

Socotra – the weirdest island on earth